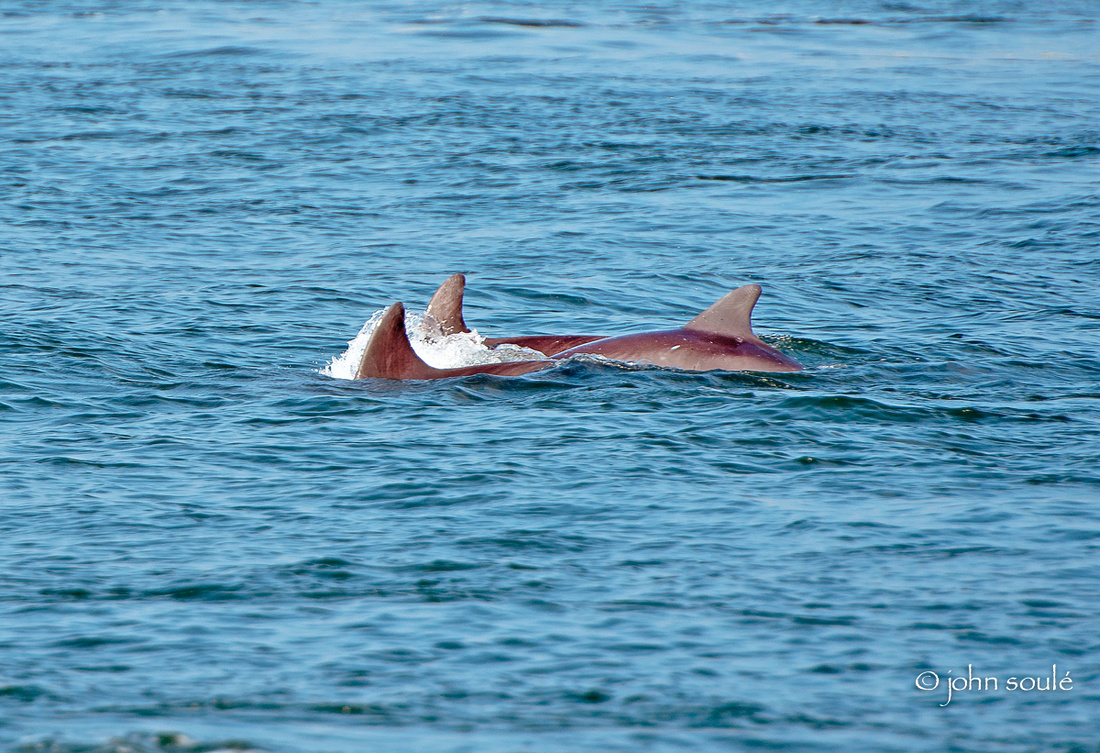 Staff from the National Aquarium Animal Rescue program joined with volunteers for the annual Maryland Dolphin Count that was held in July of 2013.

Annual dolphin counts help marine mammal specialists capture a snapshot look at dolphin populations, reproduction rates and ocean health. Looking at the population numbers over the years can help to determine the health of the coastal ecosystem as well as the abundance of prey. 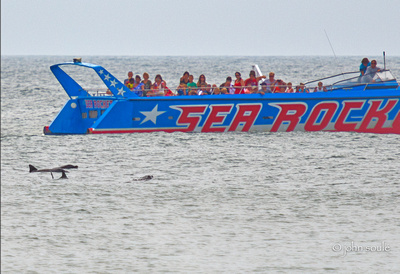 Atlantic bottlenose dolphins use Maryland waters as a thoroughfare for migration, summertime breeding, and feeding along the way.  With your help, we will continue to gather and analyze this information and learn more about the state of our waters and the dolphin populations that are found off our coast.

The bottlenose dolphin, sometimes mistaken for a porpoise, is perhaps one of the most commonly seen cetaceans in the world. They are light to slate gray on the upper part (dorsal surface) of their bodies, fading to lighter gray on the sides and pale gray or pink on the belly. The dorsal fin is tall and curves toward the rear of the animal.

And, being near the top of the food chain in the Atlantic, the dolphin has few predators.  Major threats come from humans. Dolphins are accidentally caught in fishing gear (gill nets, purse seines, and shrimp trawls) and become entangled in discarded fishing gear or monofilament line. Humans harass and feed wild dolphins, and in some parts of the world kill them directly.  However another threat exists - seismic testing.

Seismic Testing A Threat
Seismic testing for oil and gas off Maryland and other Atlantic coast states could cause widespread harm to whales, dolphins, sea turtles and fish, as well as to fishing and tourism, an environmental group warned Tuesday.
Oceana said the federal government's own environmental impact statement estimates 138,500 whales and dolphins could be injured if seismic "airguns," which generate blasts of noise underwater, are used to explore for oil and gas along the Atlantic coast. 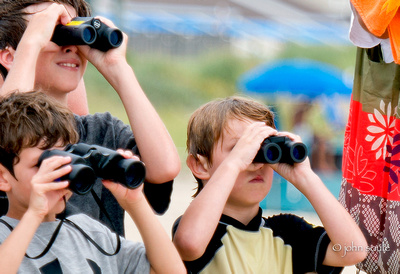 "The entire team from National Aquarium is incredibly thankful to all the volunteers who joined us for this year’s Dolphin Count,” said Jennifer Dittmar, Animal Rescue Program Stranding Coordinator.

This year, 113 dolphins were sighted to everyone's delight. 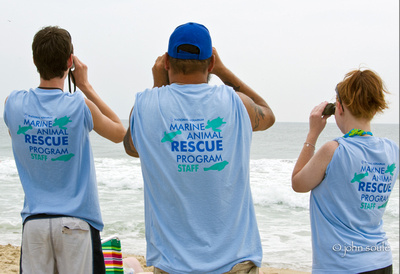 Since 1991, the National Aquarium Animal Rescue Program has been responsible for responding to stranded marine mammals and sea turtles along the Delmarva (Delaware, Maryland, Virginia) Peninsula, primarily along the nearly 7,000 miles of coastline in Maryland, including the Chesapeake Bay and Atlantic coasts.

The Animal Rescue Program has responded to more than 480 animals in distress and has rehabilitated and released more than 100 marine animals back to their natural environment. Many of these animals are endangered or threatened, so every individual introduced back into the natural environment has the opportunity to add to the genetic diversity of the species. All species of marine mammals are federally protected under the Marine Mammal Protection Act of 1972, and all seven species of sea turtles are federally protected under the Endangered Species Act of 1973.

Research, satellite tracking and outreach education are also significant components of the Animal Rescue Program. Every animal that is rehabilitated and released is an opportunity to raise awareness and get the public involved in helping to conserve and protect our marine resources.

National Aquarium’s Animal Rescue Program is a member of the Northeast Stranding Network (NERS) through the National Oceanic and Atmospheric Administration (NOAA). The Aquarium is one facility among a network of nationally recognized facilities that work cooperatively to respond to stranded marine mammals and sea turtles.

The Animal Rescue team works directly with NOAA, USFWS, Maryland Department of Natural Resources and regional and national stranding partners to respond to stranded animals and collect data used to better understand aquatic animals that are still very much a mystery to modern science.

For more information on National Aquarium’s Animal Rescue Program and how the general public can assist with rescue efforts, visit http://aqua.org/care.