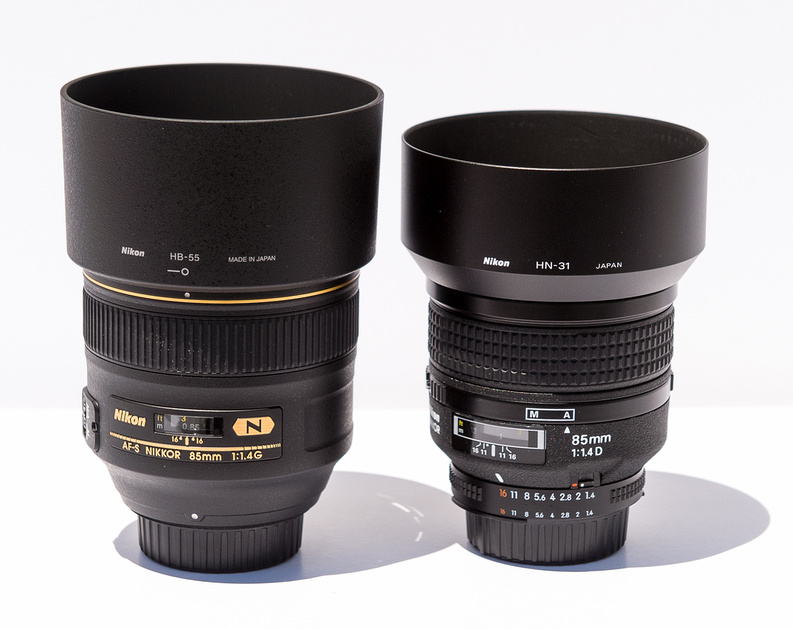 For years I have owned a Nikon Nikkor 85mm f1.4 D lens that I just loved for portraits.  After a recent photoshoot, I decided to try the Nikkor 85mm f/1.4 "G" which I thought may yield even better results than I had been getting with my current lens.  With a street price of nearly $1,700 and very positive reviews, I knew it must be a really great lens.  (They say you get what you pay for - right?)  But how much better could it be? What I found out came as bit of a surprise. 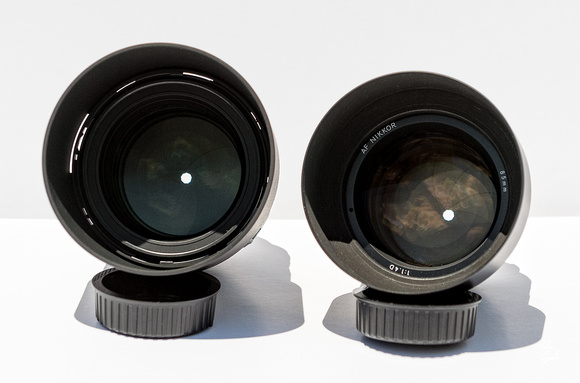 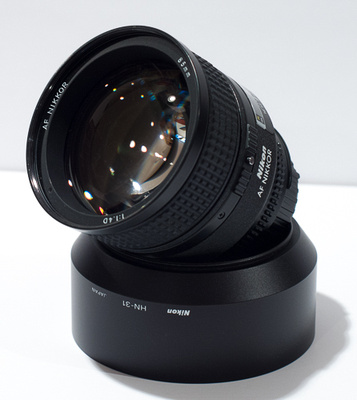 First let me address the “D” version.  This lens is "old school" in terms of build quality.  For it’s size, it seems heavy (20 oz), lots of metal construction – right down to the hood.  (I should mention that the hood screws on and cannot be attached in reverse - making transporting this lens less convenient than the Nikon bayonette hoods that can be reversed with the lens cap attached.) The glass looks to be of high quality and very professional. Standard 77mm filters can be installed if so desired.  For portraits I shoot naked – well the lens is (with no filters to degrade the image quality.)  I found the lens focuses quickly and can be clearly heard from a short distance (which is not always a good thing if you are in a quiet environment).  In the end, the overall image quality is most outstanding - and that is what counts.

Being a f/1.4 lens, the viewfinder has a welcomed, nice bright image - of course brighter than an f/2.8 lens.  To turn the focus ring, the AutoFocus Lock must be disengaged.  This may be an issue if you like the convenience of overriding the AutoFocus by just turning the focus ring at any time.  (With the lock engaged, the focus ring is locked and cannot be moved.)   This lens will work with just about any Nikon camera body made in the past 40 years with the exception of AutoFocus on the  D40, D60, D3000, D5000 and D5100.

The "D" can produce smooth bokeh and contains no distortion. Originally this quality piece of glass came in at near $1200.  Used it sells for under $700.

The “G” version is the replacement of the "D".  It is a physically larger lens but at first seems to be lighter in comparison to its older brother.  It is mostly plastic and just 'seems' lighter. (it is actually 1 oz heaver than the “D”.) The plastic construction continues right down to lenshood – which can make this lens seem a bit less well made.  It too takes a 77mm filter (if so desired).

Focusing has been reported by some to be slower on the “G” series. However, I found little difference between the two lenses in real-world situations.  I found the initial focus of the "G" to be quite quick.  In a portrait photoshoot I continually checked focus before each shot and never had a moment when I felt the lens was hunting or just taking 'too' long to lock on focus.

The "G" produces a very smooth bokeh and there is no noticeable distortion.  (However, I always run distortion correction as part of my workflow in Lightroom and any distortion a lens may have is quickly removed based on the camera profile.) This quality piece of glass comes in at near $1700.

There is much more I can speak to about these lenses, such as coma, and chromatic aberration at 1.4, etc.  However, all of that can be corrected for the most part for any lens in post processing.  I have also read the corner resolution is better on the "G", but my tests did not support that.  This is more of a practical comparison in terms of what I found in real-world shooting environments rather than what I read on paper. 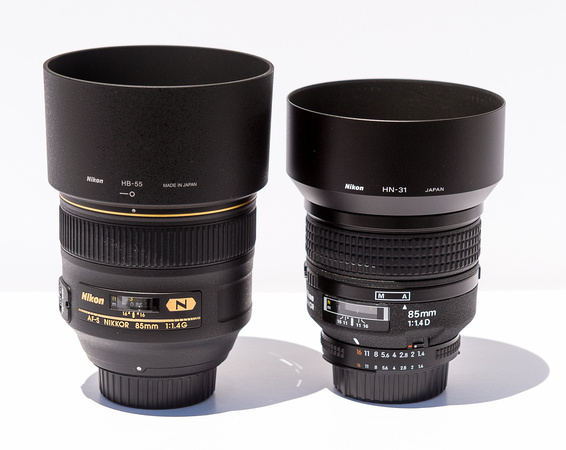 So what were the real differences between these two lenses that made a difference for me and, most importantly, would it make sense to  spend $1700 for the G series?  That was I had to decide.

In comparison, the “G” had Nano-Coating to increase contrast and color saturation - the "D" did not.  What I found was that some images that where taken at the same setting, appeared to be a tad brighter with more saturation on the "G".  (An easy fix in Lightroom to make the the two lenses look the same).   The “G” had a MaualFocus override that could be engaged at any time.  The “D” required a switch to be disengaged to move the focus ring (which, if you forget to set it back, will make you wonder why none of your images are in focus.)  I rarely needed to override the AutoFocus - so for me this was not a major issue. 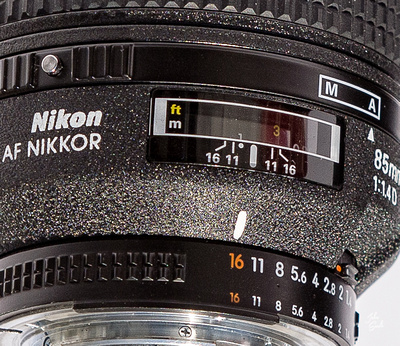 Both lenses were made in Japan.  However, the newer construction on the “G” seemed to be less rugged with so much plastic construction.

The “D” focused a ‘tad’ faster than the "G" – but not significantly enough to be an issue.

The "D" was much louder when it focused.

The “D” images were a little cooler when compared to the “G”. (easy fix post processing)

The “D” had a less accurate focus hit than the “G”. (could be an issue if focus speed/accuracy is a factor - for portraits not so much)

The newer “G” has been used as a baseline by some labs when it comes to lens image quality comparisons.  In my own test shots, both lenses were very comparable in terms of sharpness and overall image quality.  In fact, one must pixel-peed to see any real differences.  I should also mention that both lenses were calibrated for back/front focus using Focal and all test shots were taken on tripod.  For my tests I used a Nikon D4s mounted on a tripod and a variety of common test objects.

Based on my experiences with both lenses, this is a quick summary table.  (No specs here - just what I experienced):

Based on my experience, the “D” performed really well and was so close to the "G" in terms of picture quality, I can see why it has become a favorite portrait lens for professionals. I found it to be that good.  The “G” is marginally better, but pricing is really quite high for this type of prime lens.  If given the opportunity, I would wait for one of the Nikon Rebates before going in that direction.  I have seen the "D" on eBay for less than $700.

I must say, though, you cannot go wrong with the "G" - it does have, on paper, better resolution (center and corners), better saturation and contrast with Nano-Coating, more accurate focus and of course AutoFocus override.  If money is not an issue, the "G" is the way to go and it will not let you down.  However, if cost is an issue, the images between the "G" and "D" were very close and the big difference was the price.

Below are some example shots taken using a Nikon D4S, with the same settings.  Compare the quality of what each of these two lens captured and judge for yourself.  The "D" is  shown first in each case.  Is the new "G" worth the additional cost? 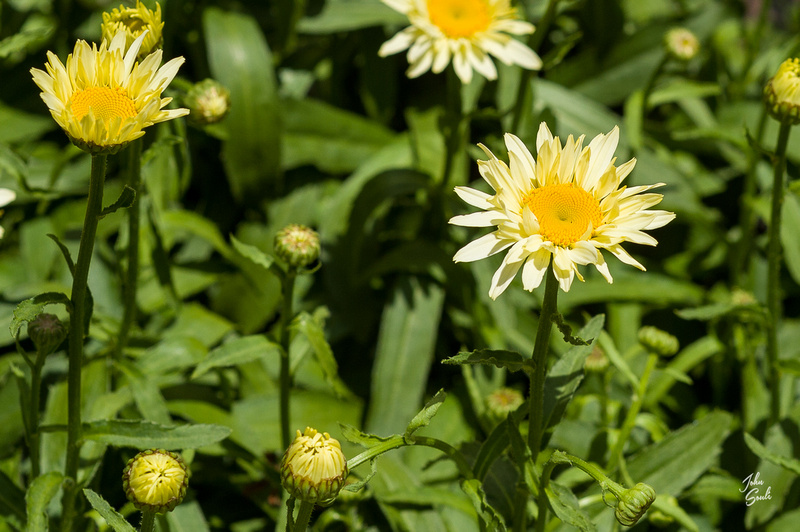 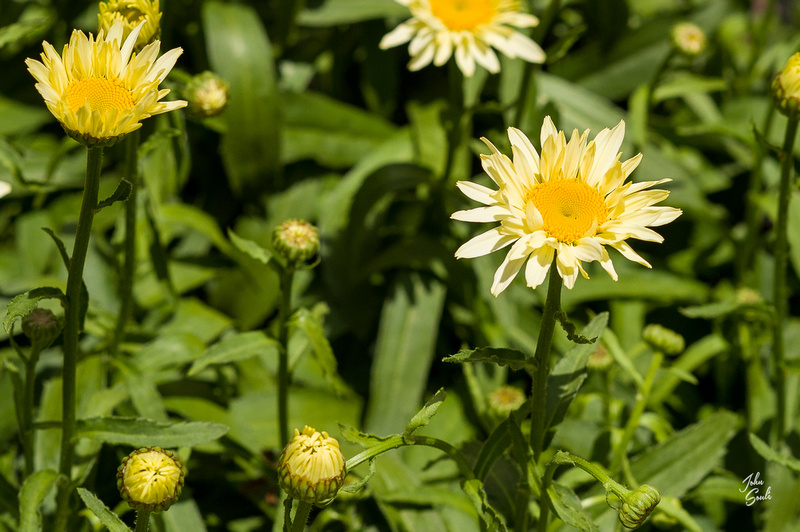 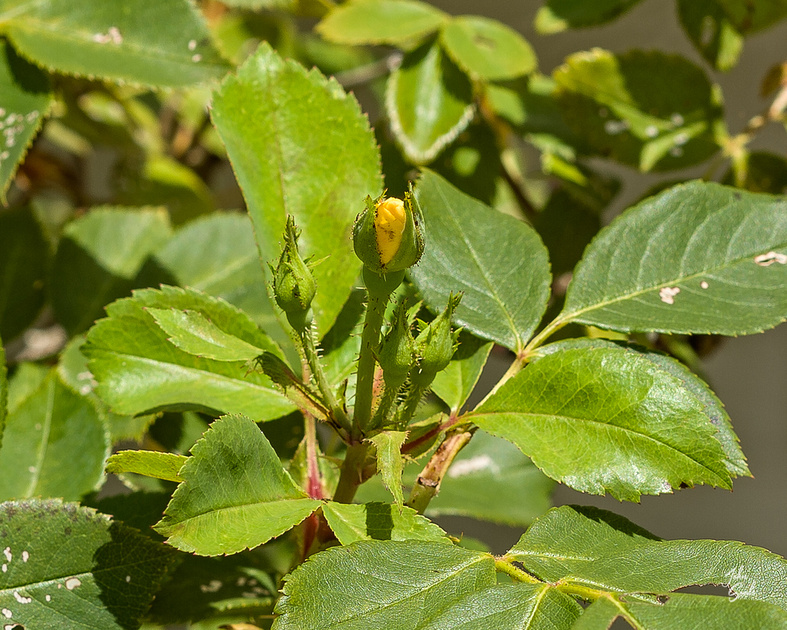 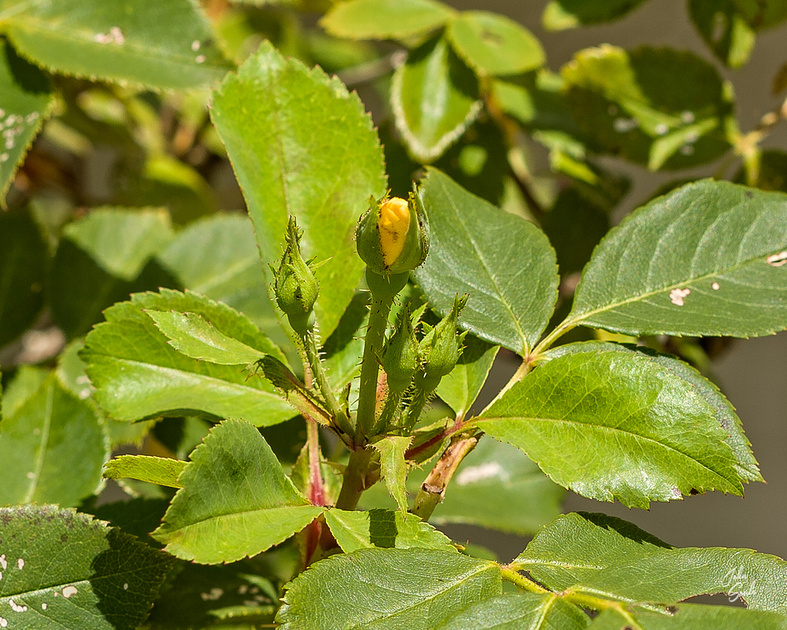 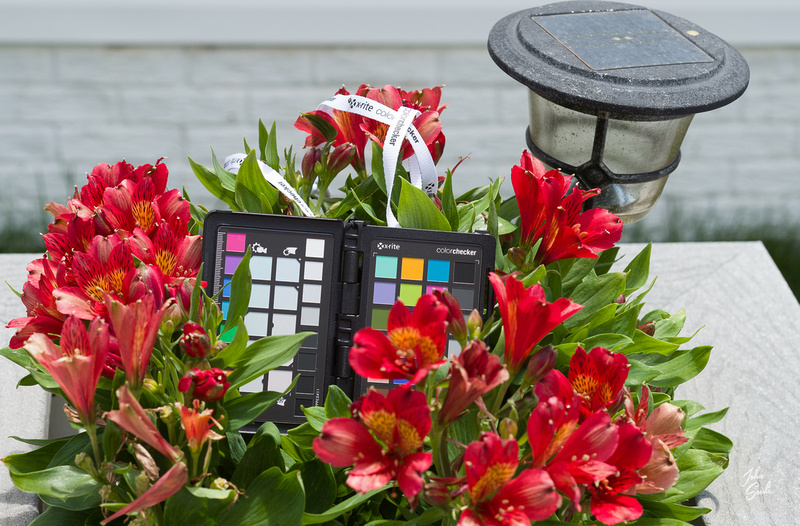 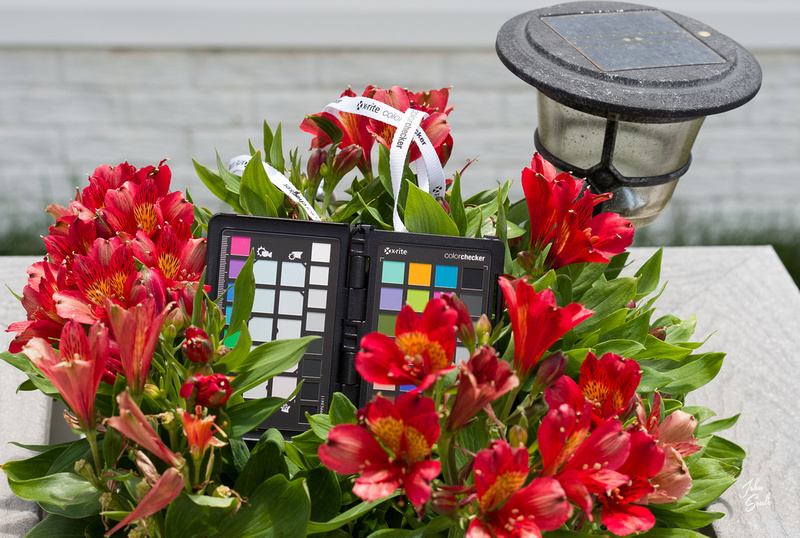 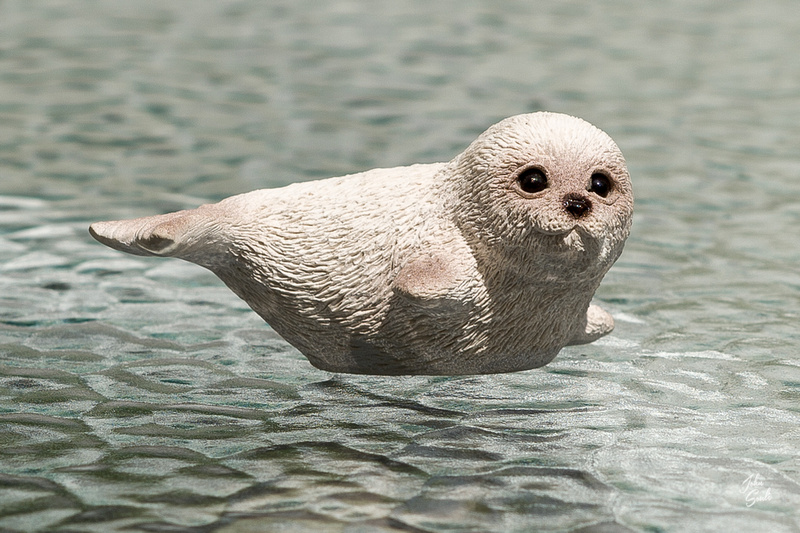 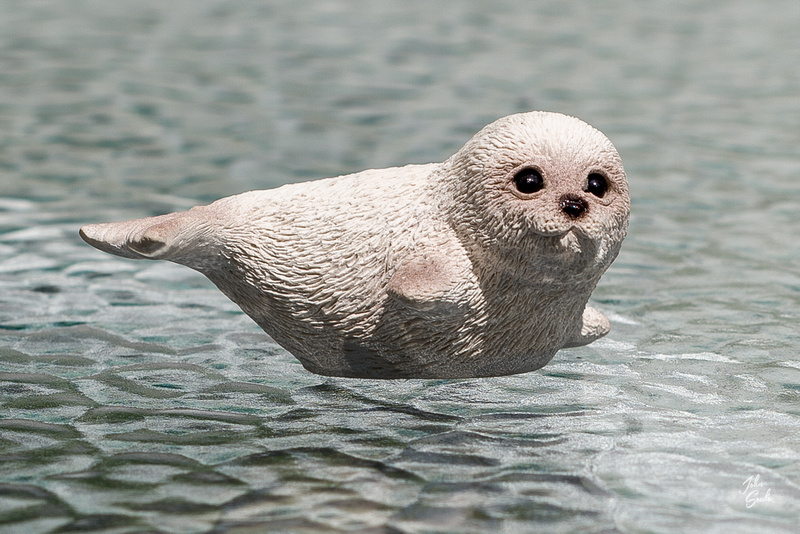