The Lowcountry of South Carolina 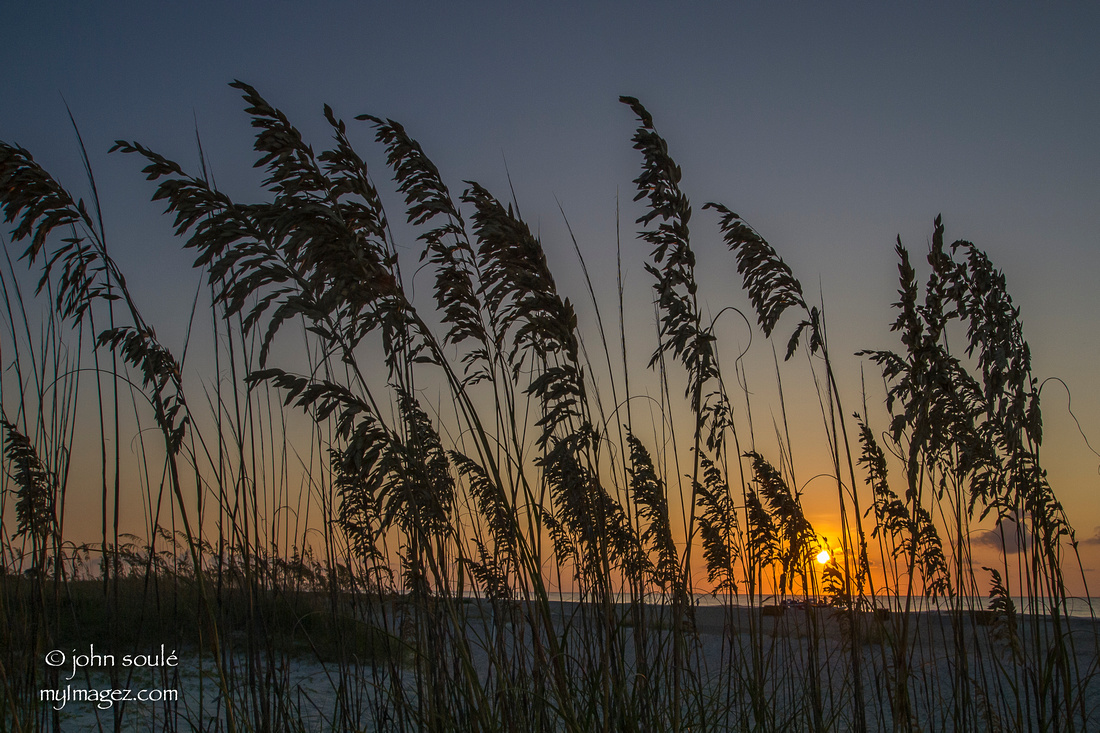 When one thinks of South Carolina, often the charm of the Old South is what comes to mind.  South Carolina, with it Southern culture, people, history, architecture, food and beaches make for a wonderful location to unwind and forget about the busy world that is left behind.  On a recent vacation to celebrate our anniversary, my wife and I visited the historic 'lowcountry' of South Carolina  - starting in Charleston and ending in Hilton Head.  What we found was that the reputation of the Ol' South was well founded and is very much alive here.

I should mention, our trip was not to be one of my photoshoots.  I did not bring my Nikon D800 FX or my Nikon D7000 DX.  I did not carry a wealth of pro lenses and tripod for this trip.  I only brought my small Olympus point-and-shoot camera. That being said, I was able to capture enough 'candid' images for this brief article and, although the image quality is not optimum, I believe the photographs here will give you somewhat of an understanding of the lowcountry and perhaps a reason to investigate this area on your own.

Charleston, the oldest and second-largest city in South Carolina, is known for its rich history, well-preserved architecture, restaurant community, and mannerly people. Charleston has received a large number of accolades, including "America's Most Friendly City".  The city is rich with history that dates back to 1670 when 'Charles Towne' was founded.  In addition to 'traditional' tours and carriage rides, there is much to discover - and if you stay near the center of town in the French Quarter, you will find that much of Charleston is within walking distance. 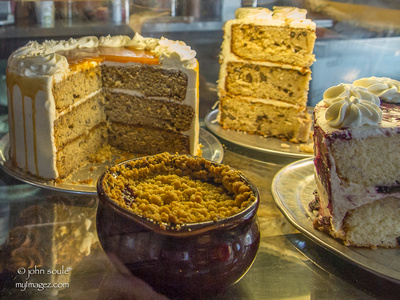 Any Good Food In Charleston?  Not really.

We were told that it would be hard to find good food in Charleston - because there is only 'great' food severed in quality restaurants in Charleston.  And for our visit there - we certainly must  agree.  Wonderful Southern food was found everywhere. From amazing 'Shrimp-n-Grits' to Southern Fried Chicken - you will leave certainly a bit heavier than when you arrived.  And the baked goods ... yumm!  Take a look on TripAdvisor and you will find most every restaurant has customers raving over the quality of the food and service they encountered as well.  Pack some stretchy pants!

And, along with great food, comes the hospitality and charm inherent to the Ol' South.  Dinning in Charleston is a truly enjoyable and memorable experience. 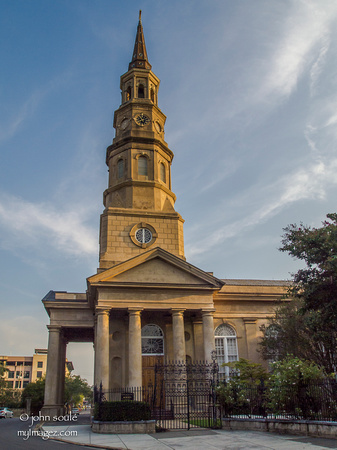 You will notice an abundance of churches in Charleston - almost everywhere you go there is a steeple poking up.  In fact, Charleston is the home to over 200 churches and has earned the title of "The Holy City".

In the center of town, on 'Church Street' of course, is Saint Philip's Church founded in 1680. Saint Philip's is the oldest Anglican congregation south of Virginia and serves as the mother church of Anglicanism in the Carolinas. 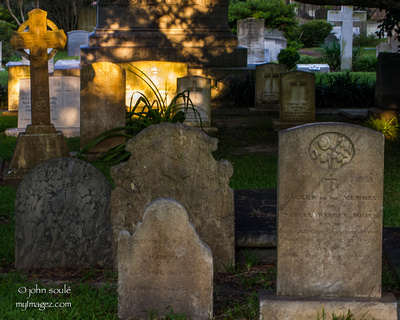 And, with many of these churches, you will find a grave yard that just adds a touch of 'spookiness' late at night. 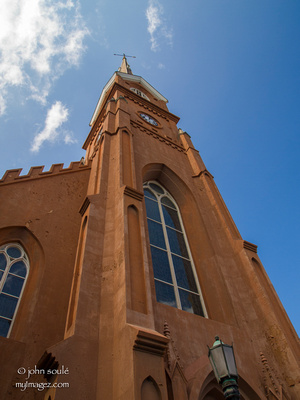 The beautiful architecture from centuries past is present at every turn.

Saint Matthew's Church is a must see with its over 255' tall spire.

A darker side of history 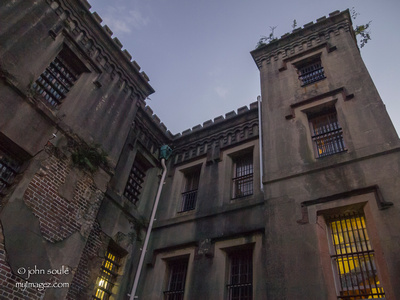 Many cities have ghost tours and Charleston, with its history of Pirates and thieves, is no exception.  Be sure to take a night tour of the Old Jail.  The jail, which was operational from 1802 until 1939, housed some of Charleston's most infamous criminals, including 19th-century pirates and Civil War prisoners.

The jail is reportedly haunted by the spirits of deceased prisoners that perished while there - some of which are said to play tricks on noisy tourists.  Over the years there have been several tourists that have reported lost items of jewelry while on the tour - none were ever found.  The jail is in a residential community where it has been reported that sounds have come from the upper floors of the  jail late at night.

The Ghost Adventures crew investigated here and captured, what they claim to be, an EVP of Lavinia Fisher saying the last two words of her message before she was hung, being the Devil. The crew also saw what appeared to be misty orbs that appeared in front of them throughout the whole investigation.

I should note that much of our tour inside the jail was in pitch black darkness. As we stood and listened to the horror stories as told by our guide, many of us could not help but wonder if the silhouettes that appeared in the moon-lit jailhouse windows were of those from our tour group or something entirely different.  This would be a great setting for one of the episodes on  American Horror Story.

The jail now serves as a school that teaches about the art of restoration. 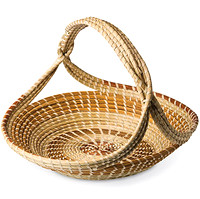 From the designer stores on King Street to the flea market on Market Street, there is something for everyone.

On street corners around the Market you will find craftsmen at work weaving baskets and other items from sweetgrass. This tradition was brought to the area by slaves from West Africa and has been passed from generation to generation. Today, it is one of the oldest art forms of African origin in the United States.

There are many guided tours offered in Charleston - from the typical carriage rides to harbor tours.  But for something a bit different, consider taking an 'eco-system' tour.

When traveling through the Charleston area you cannot help but notice that you are surrounded by water and marshland.  Rather than take one of the many 'traditional' boat tours around Charleston Harbor out to Fort Sumter and back, I suggest an 'Eco-system' tour that will take you through the marshlands to Folly Beach and the Morris Island Lighthouse.  One such specific tour was provided by Charleston Outdoor Adventures (COA) located on Bowen's Island which is about ten minutes outside of Charleston. 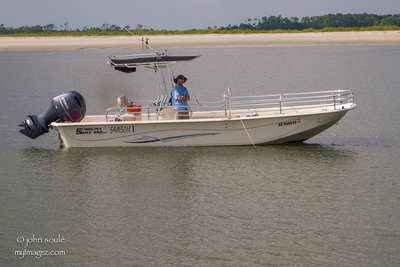 COA offers a number of tours from guided Kayak/Paddleboard tours, charter boat tours and the 'eco-system' tour that includes a narrated tour through the saltwater estuaries and Barrier Islands.

I should mention that the boat used for this tour is rather small, (8 person + captain), so reservations are highly recommended a week in advance.  A small boat such as this is to your advantage for a more 'personal' experience.  You are guaranteed a great seat no matter what. 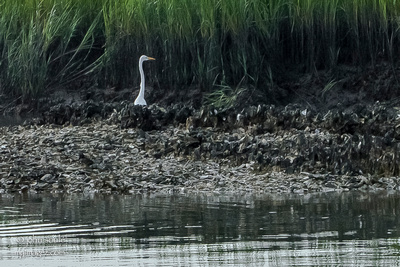 The eco-system tour brings riders up close to a variety of waterfowl, such as pelicans, egrets, oyster-eaters, and heron. Actually, there are over 70,000 life forms in the salt marshes - you will most likely see a few varieties during the tour.

Our tour was headed by Captain Joe who went out of his way to lead us to as many 'encounters' as possible with wildlife.  He also was aware of the photographers on board and tried to keep the sun behind the boat at all times so we could get the best lighting for a shot. 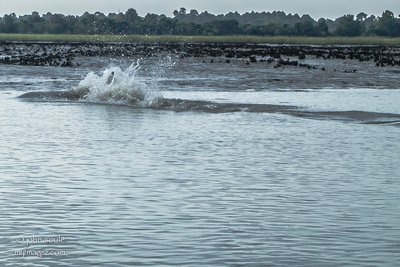 As we traveled through the salt marshland, there were numerous encounters with Atlantic Bottlenose Dolphin feeding.  What was most interesting was seeing the dolphin's method of forcing its prey toward the shoreline and then trying to force it on land by a swipe of its tail known as strand feeding.  This adaptive hunting technique has been made famous by the dolphins in the Lowcountry area of South Carolina. 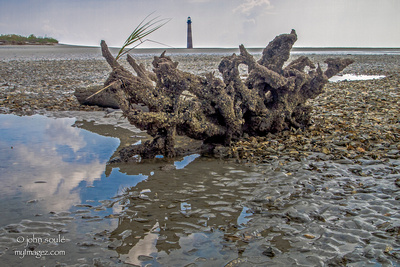 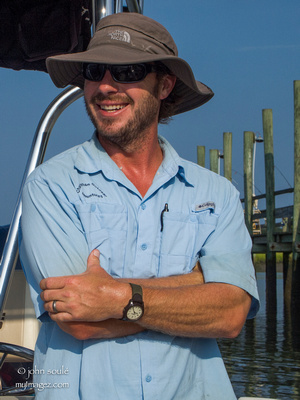 Why an 'eco-system' tour?

We all gained a better understanding and appreciation for this delicate system and the importance of protecting this environment.  Highly recommended! 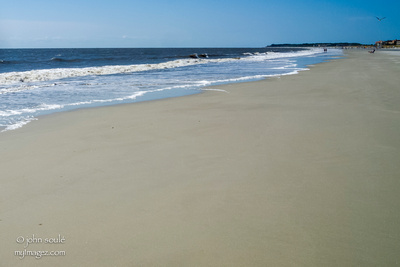 AAs you continue north through the lowcountry, you will come across, some of the most beautiful beaches on the east coast.  And, Hilton Head, famous for its beautiful beaches and lush golf courses, is only a few hour's drive from Charleston and a must see.

And if that was not enough, Hilton Head is less than an hour's drive from Savannah Georgia.  Savannah makes for a nice day trip if you have had enough beach.  A trolley ride around Savannah is a must - and the food, well here again, it is all great.  If you have spent time in Charleston, Savannah you will find is very similar with its old homes and wonderful southern charm.  We found a half-day was all we needed. 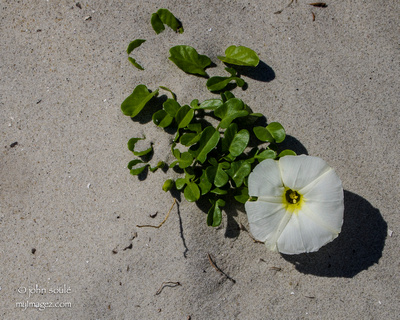 For the photographer, there are opportunities all around the low country.  Of course you cannot beat the Golden Hour at sunrise/sunset to take advantage of the wonderful lighting conditions and bonus background that this time of day offers.

And if you are a shopper, the Tangers Outlet Mall in Hilton Head  has something for everyone. 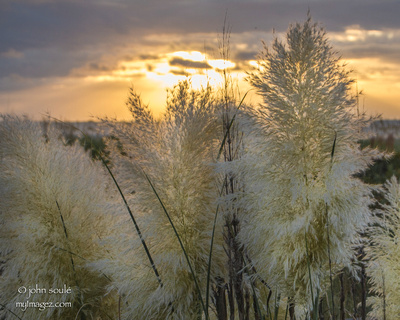 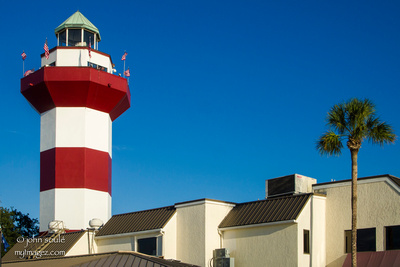 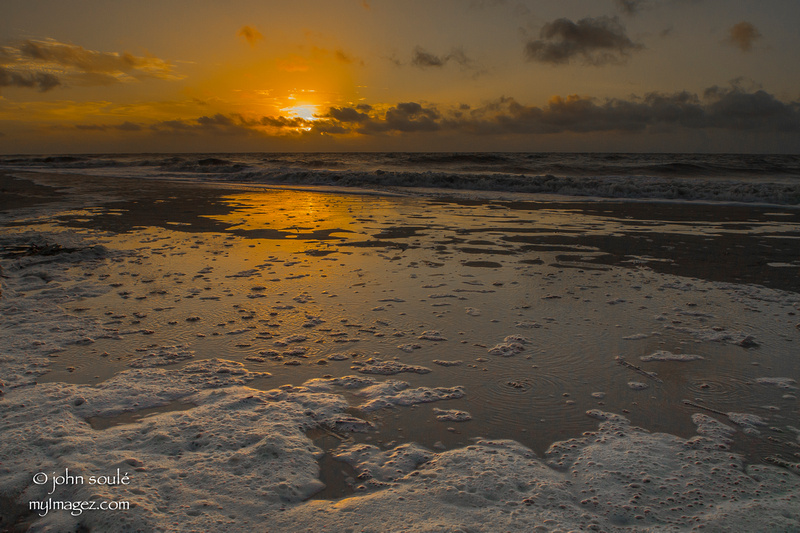